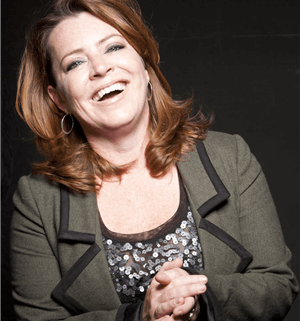 Kathleen Madigan is a regular panelist on Comedy Central’s The Nightly Show with Larry Wilmore, and she was nominated for a 2014 American Comedy Award for “Best Concert Comic.” Her third one hour special, Madigan Again, is currently available on Netflix and was named one of iTunes Best Comedy Albums. Her second one hour special, Gone Madigan, premiered on Showtime and is also available on Netflix. Previously she’s released 5 CDs, 3 DVDs and starred in 2 HBO specials, 3 Comedy Central specials.

In addition to 2 USO tours of Iraq and Afghanistan, Madigan has performed on 5 CMT specials hosted by Ron White with all proceeds donated to the Armed Forces Foundation.

The Detroit Free Press and PopMatters.com featured Madigan as one of the “9 Funniest Women on the Planet” alongside Tina Fey and Amy Poehler. Lewis Black calls her “the funniest comic in America, bar none,” and Ron White considers her “easily one of the best comics alive.”