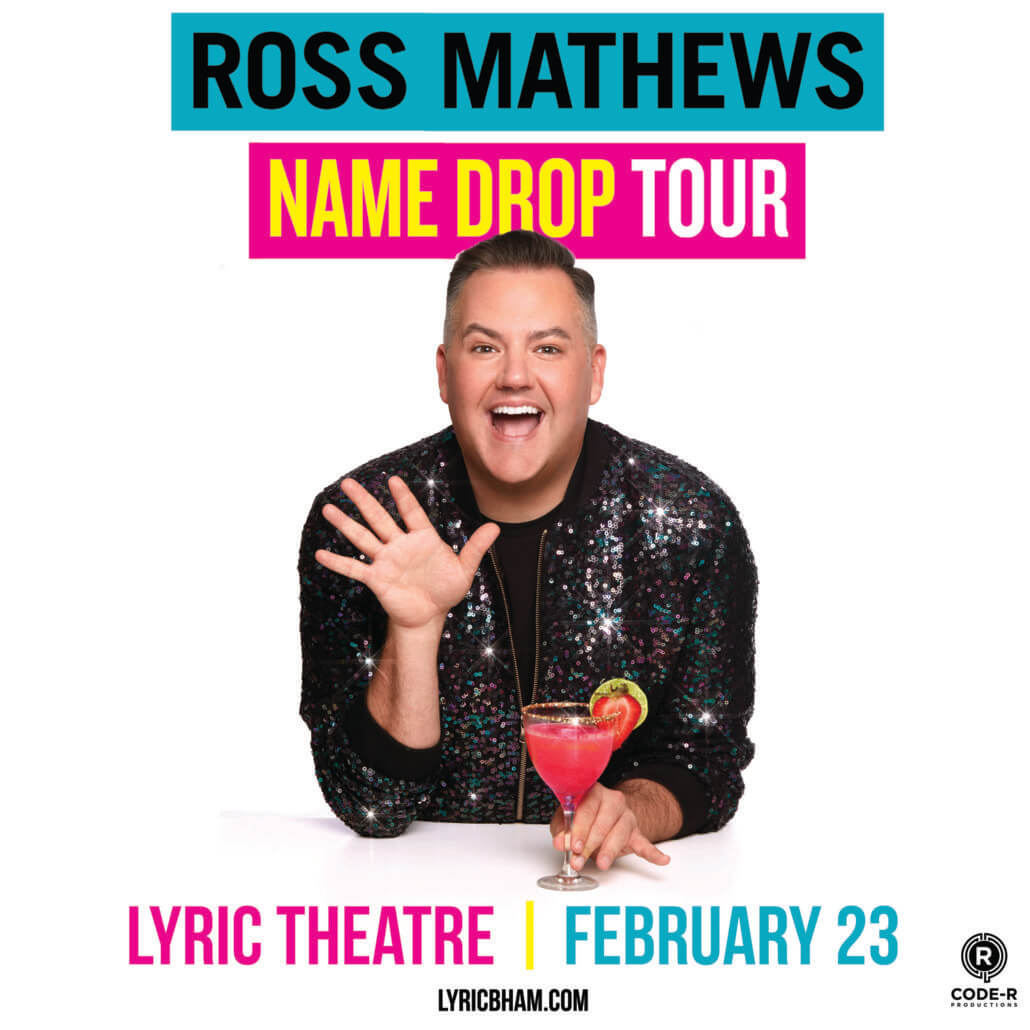 Pretend it’s happy hour and you and I are sitting at the bar. I look amazing and, I agree with you, much thinner in person. You look good, too. Maybe it’s the candlelight maybe it’s the booze. Either way, let’s just go with it. Keep this all between you and me, and do me a favor? Don’t judge me if I name drop just a little.

Television personality Ross Mathews likes telling stories. And with his Hollywood experience – from interning behind the scenes at ​The Tonight Show with Jay Leno​ to judging ​RuPaul’s Drag Race​ – he has a lot to talk about.

In ​Name Drop,​ Ross dishes about moments where he goes from soaring to crashing, like that time he was invited by Barbara Walters to host ​The View​ – only to arrive on set and discover she had no idea who he was; his Christmas with the Kardashians, which should be its own national holiday; and his talk with Omarosa on ​Celebrity Big Brother​, which, as it turns out, was ​just​ the tip of the iceberg.

Filled with tales ranging from the horrifying to the hilarious – and with just the right “Rossipies” and cocktails to go along with them – ​Name Drop​ is every pop culture lover’s dream come true.

And now, Name Drop is more even more than a book – it’s an international tour where Ross brings these stories to life on stage, plays games with the audience and so much more.